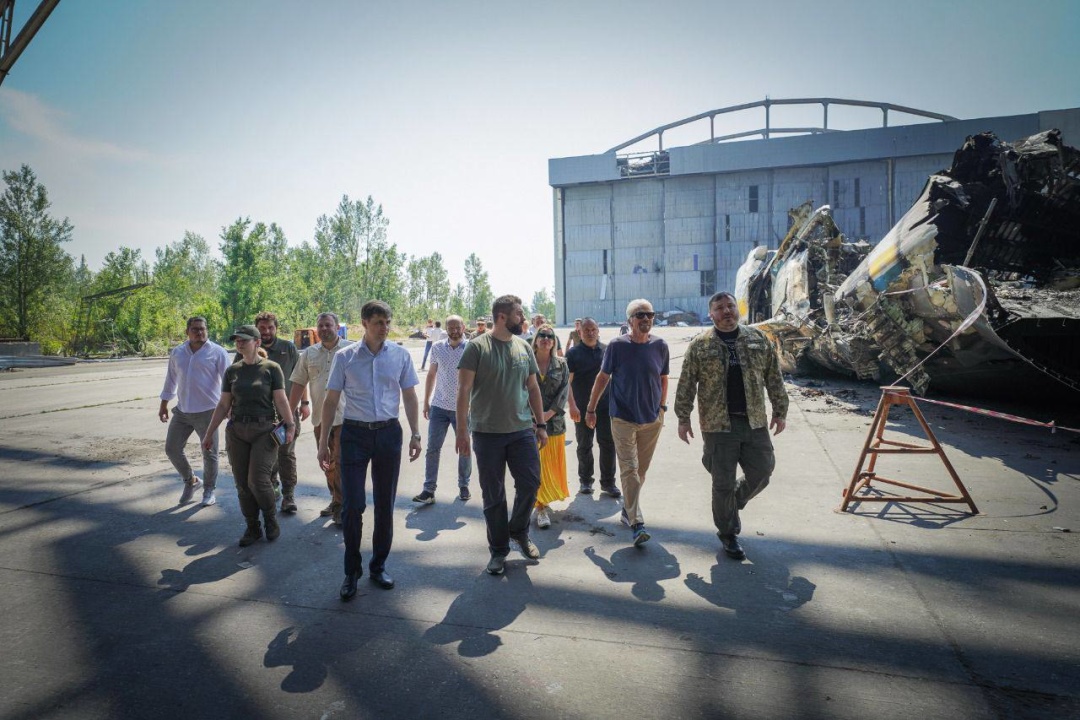 Billionaire businessman Richard Branson visited Antonov Airport, site of one of the fiercest battles of the Russian invasion of Ukraine, to discuss repairing the damaged airstrip and to see the wreckage of the world’s largest cargo plane, local authorities said Wednesday.

Davyd Arakhamia, a deputy for Ukraine’s Servant of the People party, posted images of Branson — who founded companies including Virgin Galactic — visiting the airfield, which is located in Hostomel, near Kyiv, on his Telegram channel.

In the accompanying post, Arakhamia said that the Virgin founder had “expressed his readiness to help” in both repairing the airfield and building a new version of the Antonov An-225 Mriya, the world’s largest cargo plane — which was destroyed during fierce fighting in February.

The An-225 had been used to transport humanitarian aid around the global and could hold as much as 250 tonnes of cargo at any time. It was a symbol of intense national pride in Ukraine, and its destruction caused outrage.

“The sadness is so indescribable. I just realized that exactly two months ago I went on my last business trip. I flew on Mriya,” pilot Dmytro Antonov told Reuters at the time.

“The Russian occupiers can destroy anything, but never the dream,” Arakhamia said Wednesday.

“We are already working on a project to build a new aircraft,” he said, adding that Branson was “pleasantly shocked by our optimism.”

Branson has not publicly commented on his trip to Hostomel, but earlier Wednesday a tweet from his official Twitter account mentioned a visit to neighboring Poland to discuss support for Ukraine.

Branson has previously spoken out about Russia’s invasion of Ukraine. He described Putin as “callous” and calculating, and later called on people to reduce their energy consumption to reduce dependence on Russia.

A Virgin representative did not immediately respond to a request for comment from Insider on Branson’s visit.